Documentary: Grandmothers Against the War: Marieleavingcourtresizecontrast 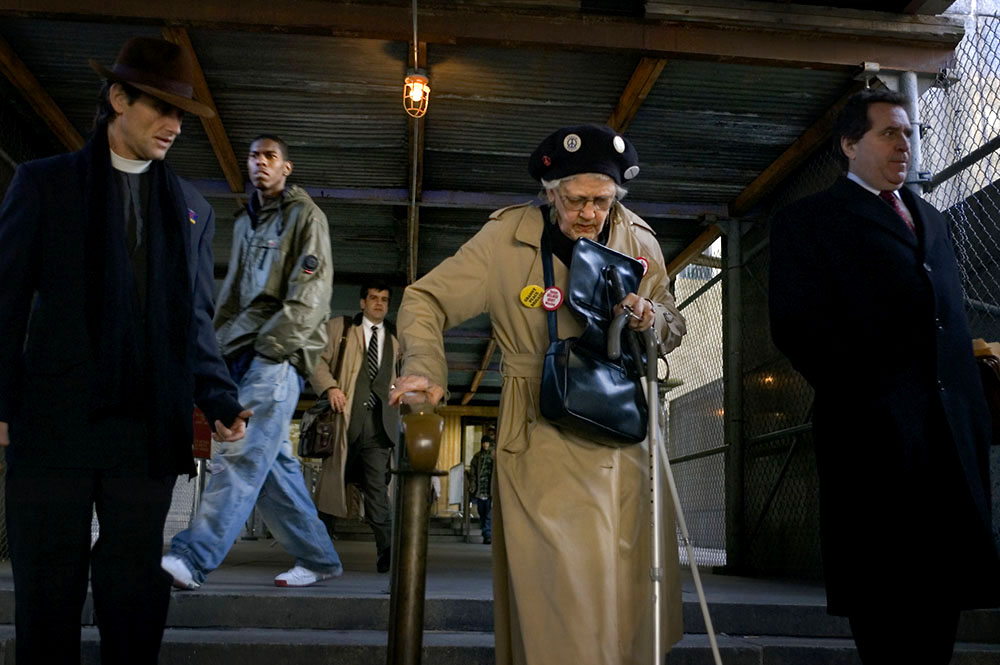 " It bothers me that people are to afraid to speak up. Or to lazy to speak up. Or to busy. But those of us who give a damn, we've got to do it. We've got to find the time and find the energy. And to hell with other people. I don't want to go to jail for six months, but I would if I have to. I would almost quit eating if I thought it would help stop the war". Marie Runyon, flanked by Lawyer Norman Seigal on her left and her minister on her right leaves Manhattan Criminal Court following a January 2006 hearing on the Times Square Military Recruiting Center civil disobedience action. She was one of eighteen grandmothers arrested during the action in October of 2005. Marie was ninety at the time of the action and arrest.